Obsession and Writing and Justified

Anyone who knows anything about me knows that I am in love with Justified. Despite my compulsive re-tweeting and re-posting about every detail of the show, I've never actually written about it. This is probably because if I started discussing and analyzing every episode for readers, I'd never have enough time left to do anything else. (However, I can carry on a Conversation about Justified for hours. Just ask friends, family, colleagues, students and that one bartender who was subject to the very long, vocal debate my husband and I had over whether or not Boyd Crowder would Really read Of Human Bondage- and for the record, yes I think he would.)

So here, in one brief post, as a continuation of my Obsession and Writing series, is why I am crazy about Justified...

Bet you didn't see that one coming, huh? In all honesty though, I am obsessed with this show because of the writing. Yes, Walton Goggins is one of the most talented actors I've ever seen and yes, I wouldn't mind being Ava Crowder in another life (though not from this season) and yes, it's the one show on television that really showcases my favorite genre, but at the end of the day those aren't the reasons I've watched Season 2, Episode 10 upwards of a hundred times. The reason is because the writing, every time, every episode, blows me away. The things that Leonard Chang, VJ Boyd, Chris Provenzano, Dave Andron, Graham Yost and others can do with dialogue, direction, setting, editing, style and tone are awe-inspiring.

See, this is why I don't write about Justified. There's no way to even begin to scratch the surface of how much I love this show in one silly little blog post. However, if you ever see me around and want to discuss the finer points of Justified (say, the importance of the Saul Bellow reference in Season 3, Episode 5 or the lighting at the end of Season 4, Episode 6), well, don't be afraid to buy me a drink.

Or, we can just talk about how badass the show is, because, at the end of the day, there's always that, too. 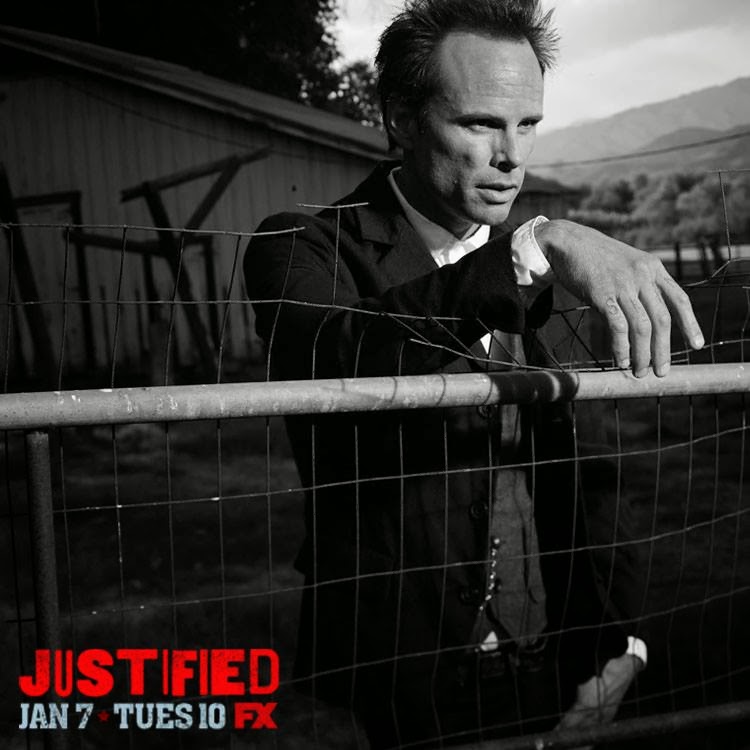 Email ThisBlogThis!Share to TwitterShare to FacebookShare to Pinterest
Labels: Obsessions