Herman Koch's The Dinner is NOT a feel good novel. It is exquisite, but certainly not the type of story to inspire you or make you love your fellow human being. In fact, about half way through the novel, when the entire story and mood shifts, I had a moment where I said to myself "I have just lost faith in the human race..." It's that kind of book....

However, from a craft point of view, Koch is a genius. The setting for his tale of family disintegration and human depravity is one single night, at one single place: a restaurant. There are a multitude of flashbacks, yes, but the focused intensity that Koch creates as two couple sit a table is extraordinary. The true brilliance of The Dinner, however, lies in Koch's ability to manipulate the reader like a puppet master. His commentary on deception is mirrored so completely by the experience of the reader. Just as you are drawn in, just as you decide which characters to believe in, which story to trust, Koch turns everything on its head and while the effect is unsettling, it is also masterful to behold.

Like I said, The Dinner is not for the faint of heart or those looking for a quick beach read. But connoisseurs of literary genius and impeccable style and craft will be dazzled. 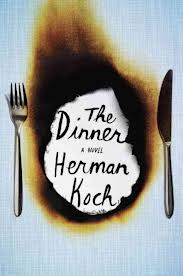 5 months, 327 pages, 99,000+ words; I was understandably nervous when I sat down this weekend and began to read the first draft of my latest novel. I don't know if this common or not, apparently Hemingway did the same thing so it can't be completely crazy, but I don't go back and read what I write until it's completely finished. I write from the first word to the last, straight through, no looking back.

For me, there's no other way to do it, but it does create some anxiety when the time comes to hit print, settle down with a two inch stack of paper and try to put myself into my reader's shoes. What if it doesn't make sense? What if the style is terrible? What if the characters on the page don't reflect the characters in my head? What if *gulp* I'm disappointed?

Fortunately, my reaction to this novel couldn't be farther than these vestiges of doubt. I love, love, absolutely am in love, with this manuscript. I feel no shame in bragging now, because I know that over the next three months of revisions and edits I will beat myself up and knock myself down enough times to balance out the elation I'm currently riding on.

But for now, I'm reveling in the satisfaction that can only come from having an artistic vision and realizing that, yes, it's going to be everything you wanted. And more. 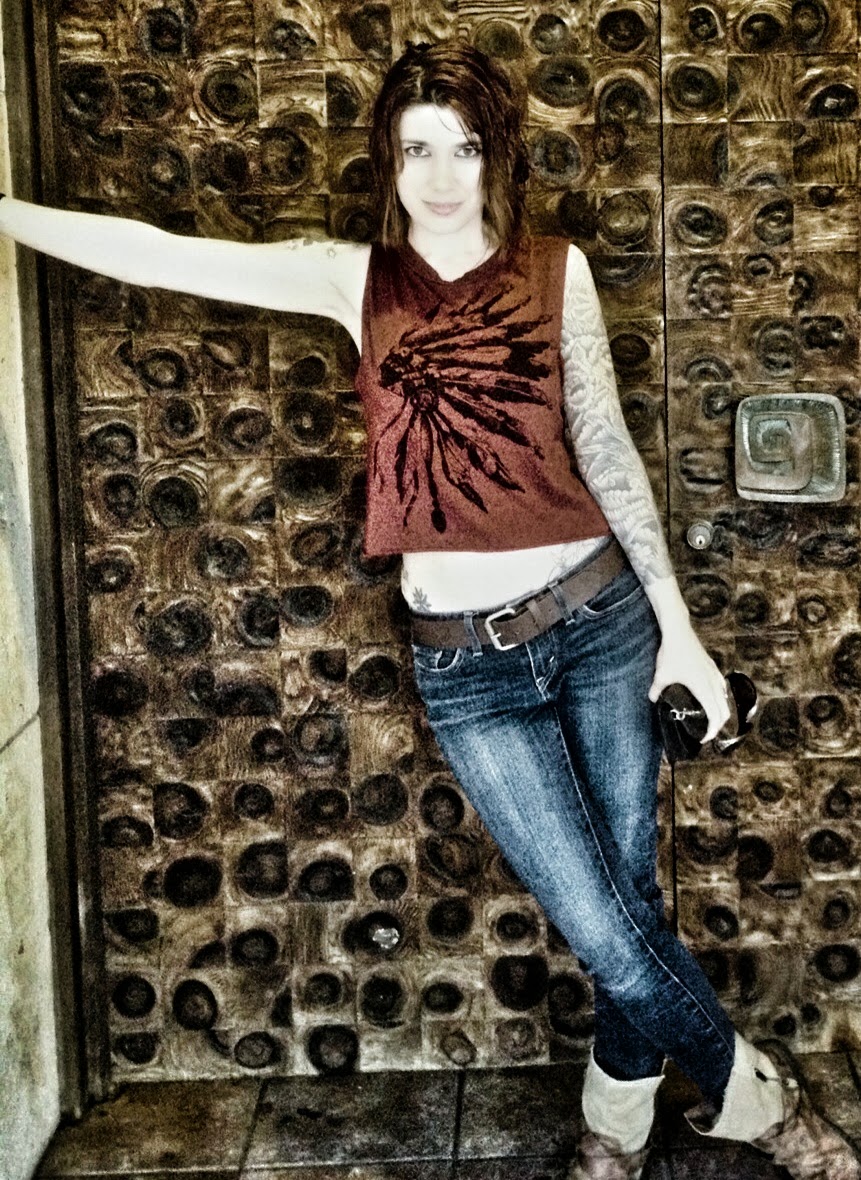 Book Recommendation: "A Visit From the Goon Squad"

Earlier this year, everyone at work was buzzing about this book, but I was caught up in a string in non-fiction books and didn't take much notice. Finally one of my fellow English teachers left a copy of Jennifer Egan's A Visit From the Goon Squad on my desk. I took the bait. And was it ever worth it....

I don't say this too often, but I really believe that Jennifer Egan is a genius when it comes to characters and structure. The blurbs for A Visit From the Goon Squad entice the reader with a story of a lonely and lost record producer and the promise of a voyage into the music industry. However, this description only begins to scratch the surface of what is really going on in this novel. Every single chapter is written from the point of view of a different character, at a different point in time, experiencing a different event. However, as the book progresses the connection between the characters becomes more apparent and more intricate until a microcosm of human nature and experience is eventually revealed.

What really dazzled me about Egan's writing is her ability to make you care deeply about a single character in the span of a twenty page chapter. For most writers, it takes the length of a novel to create the sort of character-reader investment that Egan cultivates in the blink of an eye. I feel like this is a book that I could read over and over (and I plan to) and I would still be uncovering new layers and experiencing new feelings after the fifteenth time.

I mean this in all honesty: you are doing yourself a disservice if you hold back from reading this book. Go out and buy it. Now. You'll thank me for the recommendation later. 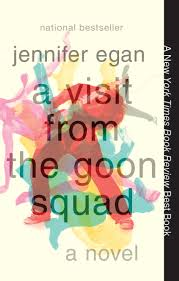 When I'm actually deep in the trenches with the first draft of a manuscript, I have a terrible sense of what Harold Bloom calls "The Anxiety of Influence." For me, the first draft is the pure essence of the story and while the final draft might be completely different as far as diction and plot moments and character movements, it will always retain the imprint and the pulse of that first attempt to capture the story. When I'm writing a first draft I do everything I can to avoid reading works in the genre I write in (you can usually tell when I'm writing a first draft because I read nothing but non-fiction for about three months straight), lest I be subconsciously influenced by an idea or image or phrase. I am even nervous about influencing myself with my own previous work (if you think this sounds neurotic, please take a glance at some previous "And Writing" posts and it will all make sense...)

However, now that I'm on my 1-month "in-between drafts" break, where I'm letting my mind clear and my manuscript marinate before I tackle revision drafts, I'm able to take a moment to breath and consider who my influences are and glean what I can from them. Who I love to read and who influences my writing are not necessarily the same, which I think is important, even if it sounds odd. So without further preamble, I'd like to share those writers who have influenced either my work, my writing process or my identity as a writer (or all three!) and I invite you to share your influences as well....

Elmore Leonard- for his style, his emphasis on dialogue and his all around "I don't give a..." attitude. And also for his reminder to never use the word "suddenly."
Daniel Woodrell- for his genre.
Ernest Hemingway- for his insistence on knowing nine times more about your story and character than you readers do.
J.D. Salinger- for maniacal devotion to his craft.
Stephen King- for the process of developing a manuscript (and taking a month break). And for his hatred of adverbs.
Jim Harrison- for subtly.
David Eddings- for the underbelly characters.
James Lee Burke- for the thrill, but also for the depth.
Cormac McCarthy- for setting the bar impossibly high, but giving a measure in the stars to always aim for. 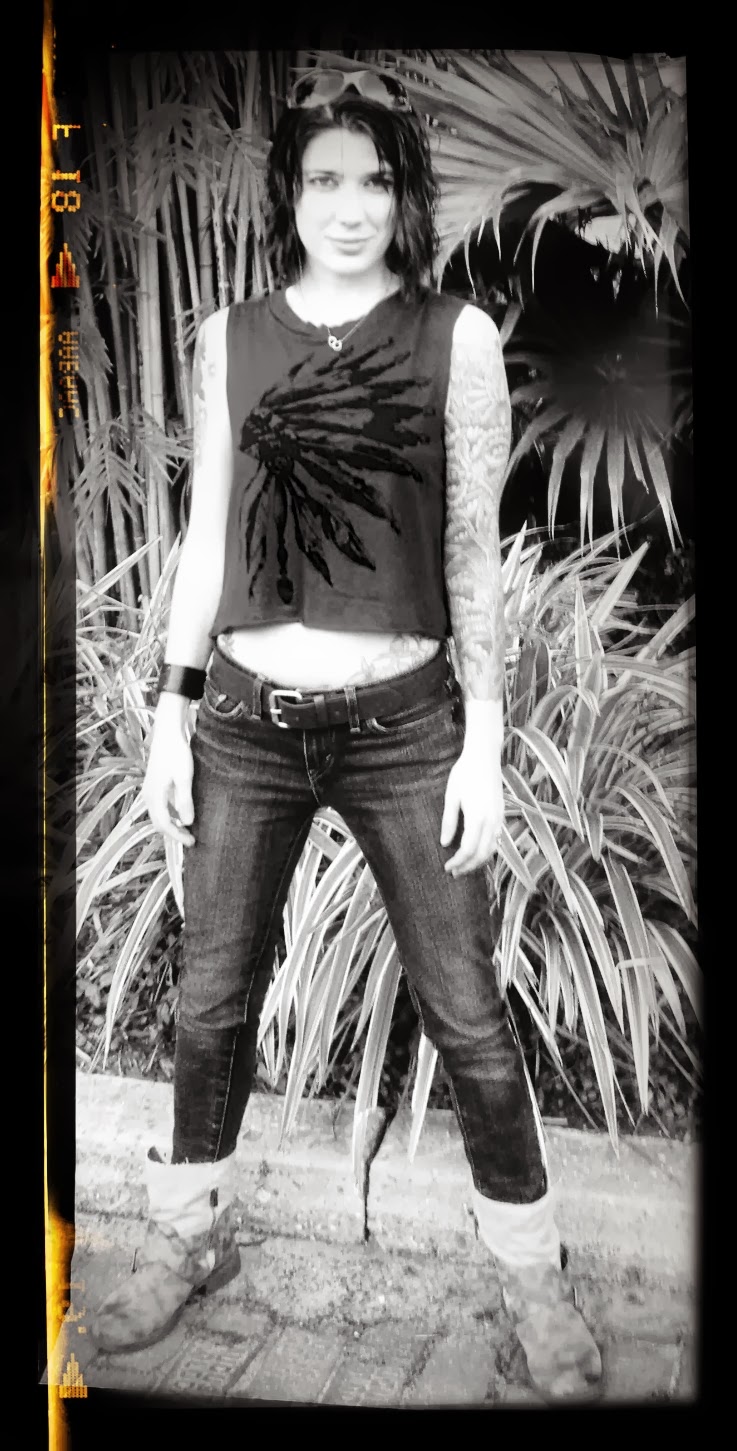 Killing Off Characters and Writing

I killed off two major characters in my latest novel this week. (I also finished the first draft of said novel, which is by far the more exciting news, but not nearly as thought provoking) I thought I would feel something deeper than I did. I have written scenes where I've walked away from the laptop shaking, unable to sleep at night, completely on fire from the implications of what I've just written. I've made myself cry, laugh, give my dog high fives and feel the need to go for a long angry walk. So I thought I would feel more than I did when I had to say goodbye to these characters. After all, they've been with me for months (and will continue to be with me through revisions, edits and publication). I know their secrets, their weaknesses, their intimate moments. I know them better than I know most real people in my life.

I was beginning to worry about this (am I really just a heartless and insensitive soul) when I realized why it didn't bother me. Why I didn't hesitate or feel uneasy in my writing. It was because the mourning had occurred a month back, when I had first made the decision to write these characters away. THEN, I had been nervous, confused and second guessing my intentions. But the moment the decision was finalized in my mind, it was simply meant to be. I had been writing these characters stories for weeks, already knowing the end result (if not the exact when, how and who) and so when it finally came time to write the exit scenes, it was like gliding on water.

Being a writer is strange (if not for this reason, then for the million others....). We have to be involved with our characters to an unnatural degree to write them properly, but time is distorted and everything is skewed by the filter of imagery and point of view and chapter breaks and dialogue and so on. We have to care, but we have to assume distance (otherwise, I'm pretty sure we'd fit neatly into someone's definition of insanity), and we have to make this struggle appear flawless to the reader. It is exhausting, but it is beyond worth it. I wouldn't have it any other way. 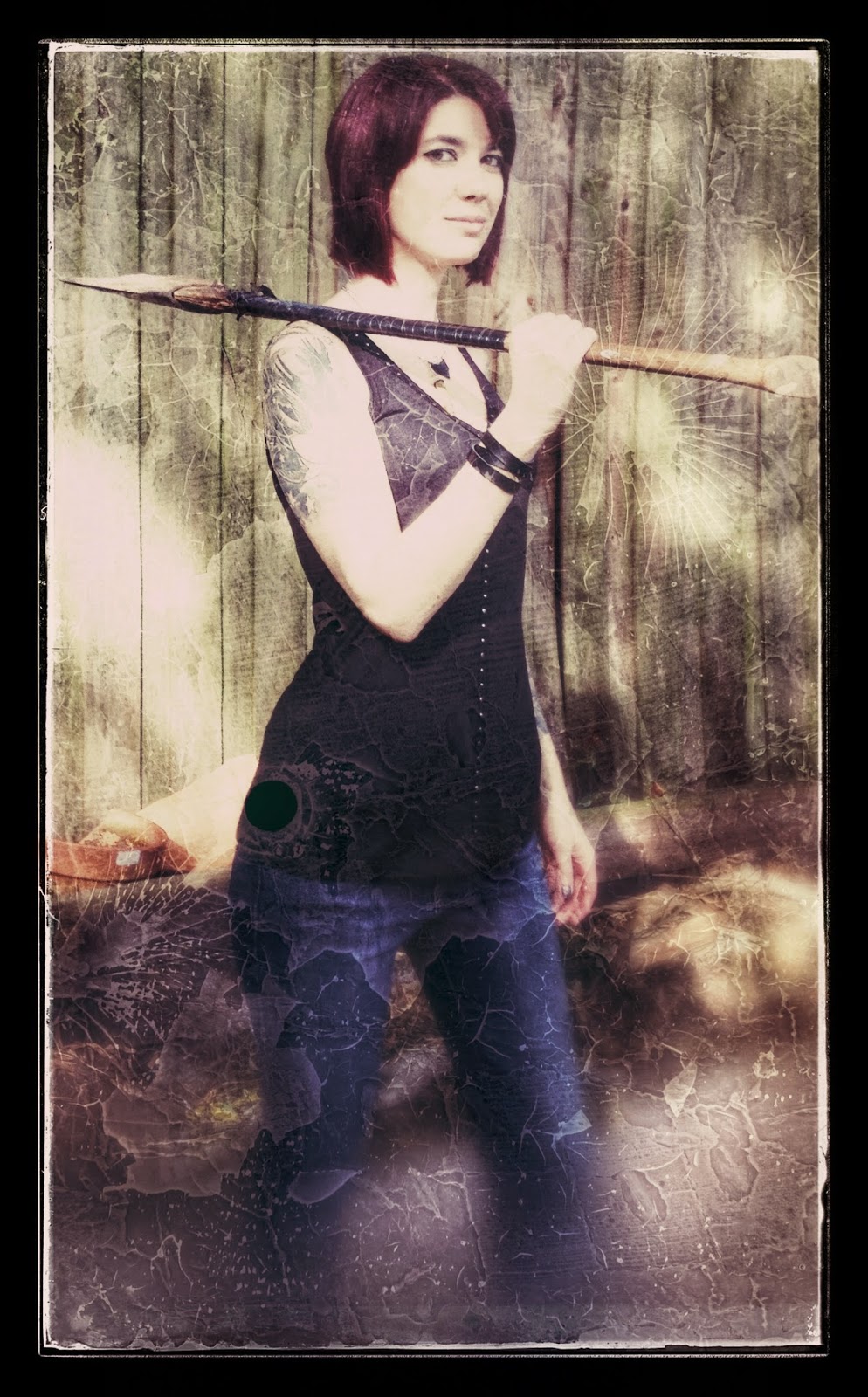 Though still new to this whole blogging phenomenon, I was impressed to look back and realize that I've read and reviewed over 30 books for my blog over the past year. I plan to do many more for 2014, as well as continue to comment on the interesting intricacies of the writing life.

So in case you missed some (or are new to reading my blog, and if so Welcome!), I'm posting my top ten favorite book reviews from the past year. So please enjoy and if you like what you're reading, please share my blog and consider following or subscribing. As always, I appreciate the support and wish you all a fantastic reading and writing new year! 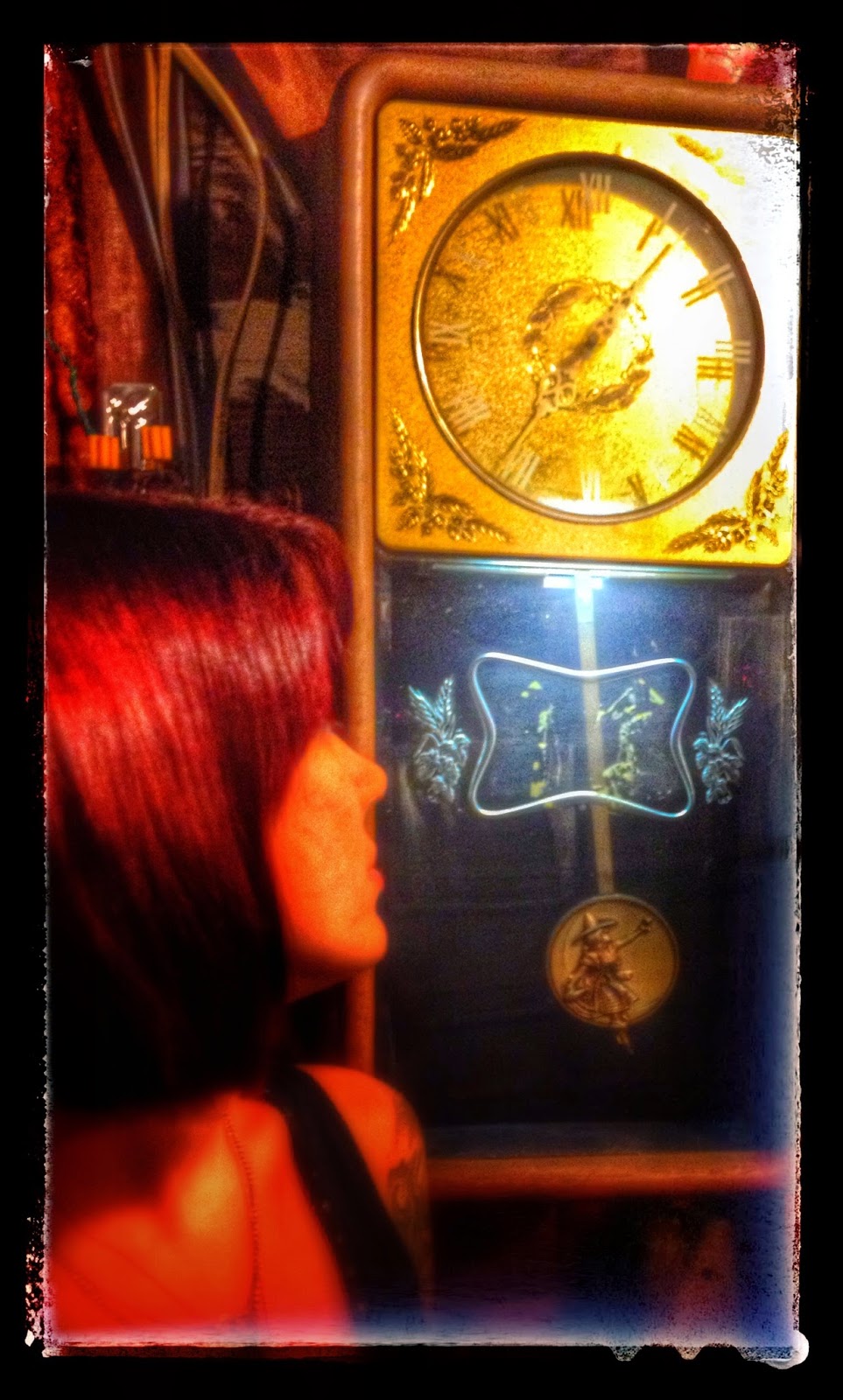 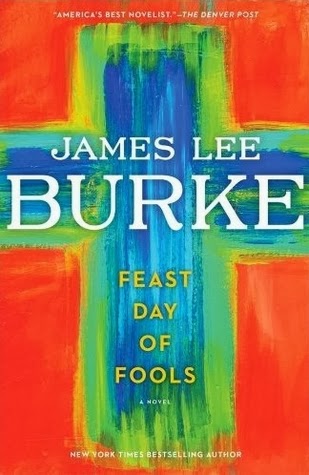 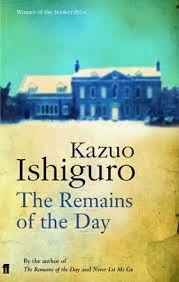 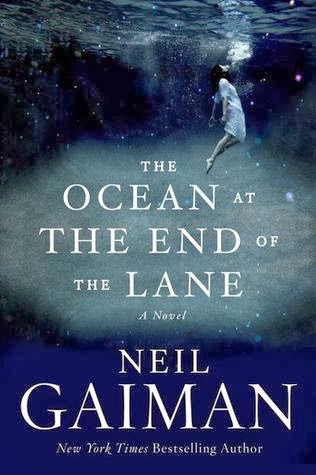 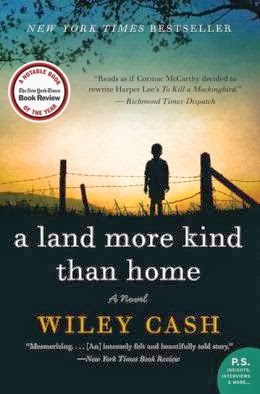 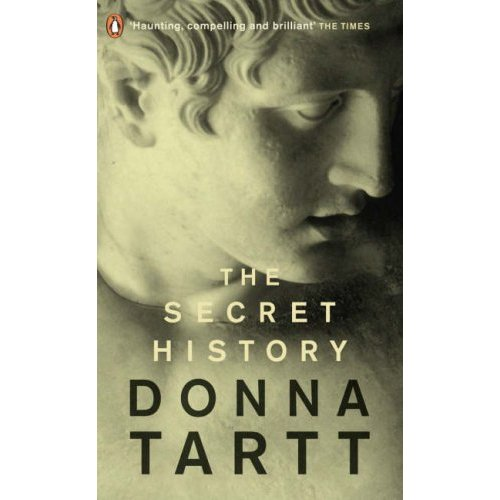 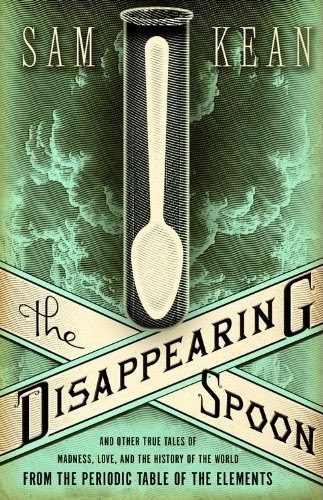 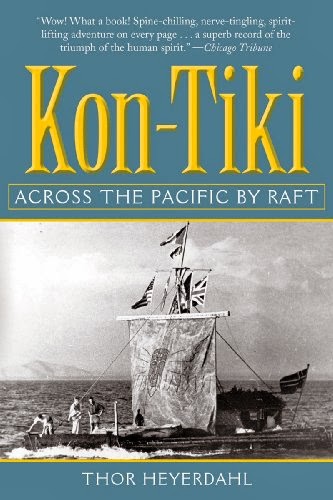 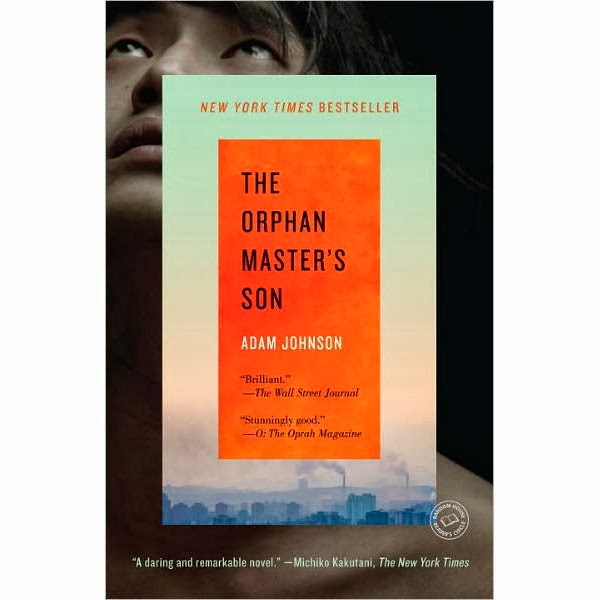