Of Angels and Devils: An Interview with Chris Holm, author of Red Right Hand

One of the books I've been talking up a storm about over the past month, in case you hadn't noticed, is Chris Holm's recently released novel Red Right Hand. A classic thriller, Red Right Hand brings together the FBI, a secret Council with a terrorist plot, and a hit man anti-hero with both a mission and a vendetta. It's a wild ride and one which I truly enjoyed. I'm excited and honored, therefore, to bring you an interview with Chris Holm. Read on! 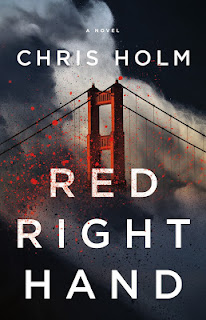 Steph Post: I was initially drawn to your book by its striking cover and its title, which I hoped was a reference to Nick Cave’s song “Red Right Hand.” I was, of course, thrilled to see that you included an excerpt from the song in the epigraph for the novel. Did Cave’s song, or its imagery or themes, in any way influence or guide you as you began to write Red Right Hand?

Chris Holm: Very much so. In The Killing Kind, I introduced the Council, which is essentially a criminal UN comprising representatives from every major organized crime outfit in the country, and the Council’s right-hand man. In Red Right Hand, that man—whose name is Sal Lombino (the birth name of the late, great Ed McBain)—and his machinations on the Council’s behalf take center stage. I envisioned him as a chaos agent, an emissary of evil, the prime mover of a vast criminal conspiracy. Or, as Cave puts it:
You’re one microscopic cog
In his catastrophic plan
Designed and directed by
His red right hand


The phrase “red right hand” didn’t originate with Cave, though. He borrowed it from Milton, who was a huge influence on my Collector series. While Cave’s “Red Right Hand” has a sinister cast, Milton used the term to refer to the wrath of God:
What if the breath that kindl’d those grim fires
Awak’d should blow them into sevenfold rage
And plunge us in the flames? or from above
Should intermitted vengeance arm again
His red right hand to plague us?


The interplay between the two quotes became the central tension of the book. If Lombino was the Devil’s Red Right Hand, what did that make my series character, Michael Hendricks—a reluctant avenging angel?

SP: I was about halfway through Red Right Hand when I realized that The Killing Kind, for which you just recently won the Anthony Award, preceded this work. Red Right Hand is the second installment in a trilogy series, but I found that it worked very well as a stand-alone novel. Would you recommend that readers begin with The Killing Kind to really understand the story and the character of Michael Hendricks?

CH: I’m glad it worked well as a standalone, because I tried hard to ensure that it would. That said, there’s no question Red Right Hand spoils a thing or two from The Killing Kind, so it’s probably best to start at the beginning.
It’s funny; a number of reviews have mentioned I’m writing a trilogy, but I’ve always intended the Hendricks books to be an open-ended series. Could be all this trilogy talk stems from the fact that my last series was a trilogy—but between you, me, and the internet, I thought that one was open-ended too, until my old publisher told me they weren’t interested in publishing another one. 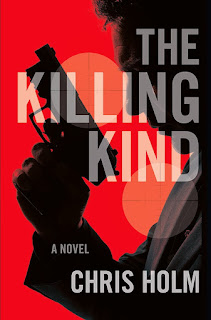 SP: Michael Hendricks, the main character of Red Right Hand, is clearly an anti-hero. He’s essentially a hit man who goes after hit men, and while he is certainly not evil, he’s not exactly walking around with a heart of gold either. Yet it is this dark edge that makes him so attractive to readers. Why do you think readers like an anti-hero? And are there even such things as “real” heroes?

CH: I believe that there are truly evil people in the world, and truly good, but the majority of us exist in the vast gray middle in between. It seems to me that part of the appeal of anti-heroes is that they allow us to safely explore our own dark impulses. Anti-heroes are a dare. A gut-check. A what-if.
I also think their unpredictability makes them interesting. Heroes, by definition, always act heroically—and you can count on mustache-twirling villains to be villainous. Anti-heroes, on the other hand, are harder to pin down. We read (or watch) to find out what they’ll do next.


SP: One of Red Right Hand’s many strengths is its fast, uncompromising pace. From a craft perspective, how did you maintain the intensity and pace without sacrificing any of the story?

CH: Honestly? Copious editing. My first drafts are pretty bloated and uneven. I usually go through six or seven drafts before a book is done. Red Right Hand only took three, but damn if they weren’t brutal. Every scene streamlined. Every character deepened. Every action beat punched up. I kinda see it like those digital FX reels you see online. The first draft is the wireframe version. Every subsequent draft adds texture and context. Hopefully, by the time it hits the screen, it doesn’t look half-baked anymore.

SP: As I previously mentioned, Red Right Hand follows The Killing Kind. Did you write The Killing Kind knowing that the story would eventually become a series? And once you realized that you would be carrying Michael Hendricks’ story for the breadth of more than one novel, did you outline the series ahead of time?

CH: Is it weird to call your shot? Yeah, I always intended The Killing Kind to be the first in a series. That said, I’m incapable of outlining. I’ve got a rough idea of a few big beats in my head, but that’s about it. When it comes to finding out what happens next, I’m six months ahead of my readers at most.


SP: And just to spread the love, as I always like to do, who would you say is currently writing at the top of the crime-fiction genre? Who or what novels would you recommend for fans of your work who are hungry for more?

CH: Lou Berney’s TheLong and Faraway Gone is as beautiful a crime novel as you’ll ever read. Megan Abbott’s You Will Know Me continues her already impressive literary hot streak. Stuart Neville’s Those We Left Behind was absolutely devastating, so I can’t wait to dig into his new one. Ditto Michael Koryta’s Last Words. And I’m in the middle of a gritty, lyrical Florida crime novel by Steph Post called Lightwood that’ll be out early next year. 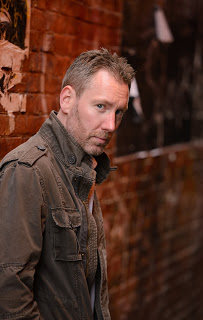 Okay, I'm not going to pretend that didn't make me smile... But back to Chris Holm. Be sure to check out both Red Right Hand and The Killing Kind, as well as Holm's Collector series (which have amazing covers, by the way) And always, read, review and repeat. Cheers!﻿