Interview with Kevin Catalano, author of Where the Sun Shines Out

Kevin Catalano's striking debut, Where the Sun Shines Out is a dark, dark novel. It's also unique in form, brilliantly crafted and emotionally arresting. As the title suggests, the persistence of hope is peeks out from the pages, but one of Catalano's strengths here is delving into the dark side of human nature in a tale that explores not only a terrible act, but the span and spread of its repercussions. Read on as we discuss writing darkness, violence and how to turn a collection of short stories into a novel. 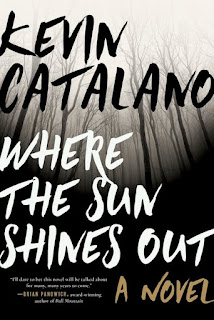 Steph Post: Where the Sun Shines Out is a novel, and it reads like one, but it’s also comprised of individual short stories that have been published in other formats over the past few years. The stories all center, in some form, around the character of Dean and how he, his family and the surrounding community have reacted to a horrific event in Dean's childhood. Were all of the stories written with the intent of eventually collecting and publishing them as a novel or was the process more organic?


Kevin Catalano: It was a strange, complicated process that I don’t think I could replicate. The short answer is that when I wrote the first story in 2008, the one about the last surviving Munchkin actor from the Wizard of Oz, I did not intend on writing other linked stories that would eventually become a novel. A year later, when I got into the MFA program at Rutgers-Newark, I started thinking ahead about the final thesis project, and wrote other stories- still not really linked- that were all placed in my hometown of Chittenango, NY. Two years later, I had six stories at 140 pages with a few recurring characters and some overlapping events. When my agent looked at this manuscript, she thought it was promising, but wanted it to be twice as long (understandably) to read more fluidly, like a novel. Thereafter, in the fastest bout of writing that I’ve ever done, I wrote six more stories in eight months that filled in the plot gaps, developed more characters, and created more of a thriller/suspense mood. This method was obviously successful, but like I said, I don’t think I could do it this way again if I tried.


SP: From the very first story, which details the kidnapping and murder of a child, the reader is thrown into some deep, dark territory. More disturbing than the physical violence, however, are the ways in which the characters you write about emotionally cope with the aftermath of the event itself. In short, there aren't a lot a bright moments of hope with the novel, though when they come they are well worth it. Was it difficult exploring such dark emotions and bringing them out in your characters? Did you ever find yourself having to walk away or distance yourself from the work?


KC: Strangely, it is never difficult, and I’ve spent a lot of time wondering why not. One possible answer is I’m a psychopath who lacks empathy, but that’s too easy. I think what’s really going on is that I know I’m in control, to some extent, when I’m writing these scenes; and I believe I write so much about dark stuff because I’m afraid of and fascinated by death and violence. The two brothers in my novel are modeled, in part, after me and my younger brother. We were (and are) very close, and even at a young age, I must have feared something terrible would happen to him. Now, as a father, this fear extends to my children. So my guess is that I’m exploring these fears through narratives of which I am in relative control.


SP: In reading Where the Sun Shines Out, I immediately drew comparisons to Elizabeth Strout's Olive Kitteridge. This novel, too, explores a town and a character from many different narratives and is written in a very unique format. Did Strout's style have any influence on you? Or are there other authors you could point to who have affected your writing?


KC: Kitteridge has been on my to read shelf for too long, so Strout, unfortunately, didn’t influence this writing. There are a bunch, however, that did. One of the earliest ones was Alice Munro’s The Beggar Maid, which follows two characters in linked-stories format throughout their lives. Denis Johnson’s Jesus’ Son and Tim O’Brien’s The Things They Carried also profoundly influenced the mood and style of my novel. Later, while reworking my book, I read Donald Ray Pollock’s Knockemstiff and Frank Bill’s Crimes in Southern Indiana, which helped with my understanding of place.


SP: Everything and everyone in Where the Sun Shines Out is complicated- reactions to grief, sexuality, coming of age, love and remorse- and this is one of the things I so love about the novel. The characters are gritty and messy and sometimes hard to root for, but this is why they combine to tell such a compelling story. I'm curious as to how you go about character development. Do you keep notes on your characters? Have conversations with them in your head? Because they are so authentically drawn, I think it must be a challenge.


KC: Thank you for saying so. I had an art teacher in 9th Grade who said you can’t draw a realistic face without basing it on a real person. I don’t know whether this is true, but it’s something I take to heart when creating characters. Everyone in my novel is either based on a singular person, or is a composite of people I know. I’m sure this is the case for very many writers. But that’s just the starting point. I then add fictional layers to the real person to make it a character. From here, I put the characters in various situations to see what they will do, how they will react. It’s kind of like a sick obstacle course to test their fears and limits, to see what they’re made of. All this happens in drafting. The more I draft, the better I understand the characters.


SP: Though it's certainly not gratuitous or excessive, there is a fair amount of violence (both physical and emotional) in Where the Sun Shines Out. Do you think violence is necessary to tell a powerful story?


KC: No, but I think it’s necessary for me to tell a powerful story. Incidentally, when our first child was born, a harrowing and miraculous birth, I felt obligated to write something nice and inspiring as a way to honor the life of my daughter. I never had writer’s block the way I did in that time. After a month of getting nowhere, I said fuck it, and I wrote probably the darkest and bleakest story (which ended up as “Where the Water Runs North” in the novel). Sometimes I wonder if relying on violence for drama is too easy- that a better writer could turn up the emotional heat with other techniques. But I’m not a better writer. Maybe I’ll get to that point in a few decades. Until then, there will be blood.


SP: And finally, what novels or collections have you read this past year that you would highly recommend? Any fellow authors you'd like folks to have on their radar?


KC: There are so many! I just read Simeon Marsalis’s debut As Lie Is to Grin, which is a fantastic, dreamy, original short novel. Kelly J. Ford’s Cottonmouths is a gritty country noir about lesbians and meth labs. And right now I’m reading Andy Davidson’s literary horror, In the Valley of the Sun, which I’ve heard described as Cormac McCarthy writing a vampire novel; I think that description is pretty spot-on. 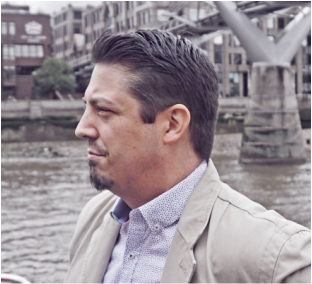 So many thanks to Kevin Catalano for stopping by! Where the Sun Shines Out is now available and not to be missed.

I LOVE it when a book reviewer really "gets" a story and so I can't thank Eva Raczka and Atticus Review enough for this fantastic review of Lightwood. Here's a snippet...

"Not only a badass modern love story, Lightwood is engaging and unpredictable with some brutal action scenes and great dialogue throughout. Lightwood has the best of the southern crime and southern gothic, and rises above the genre."

And you can check out the full review over at Atticus Review's site. Cheers! 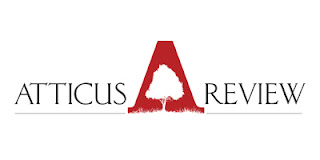 Thanks to the Piper Castillo and the Tampa Bay Times for this "Nightstand" feature! To be honest, there are about 20 books on my nightstand right now, but I'm glad that I was able to showcase a few here.... :)

Walk in the Fire Cover!

Okay, so the cover has been out for a little while now, but it's been a crazy few months and I'm just now catching up over here on the blog... 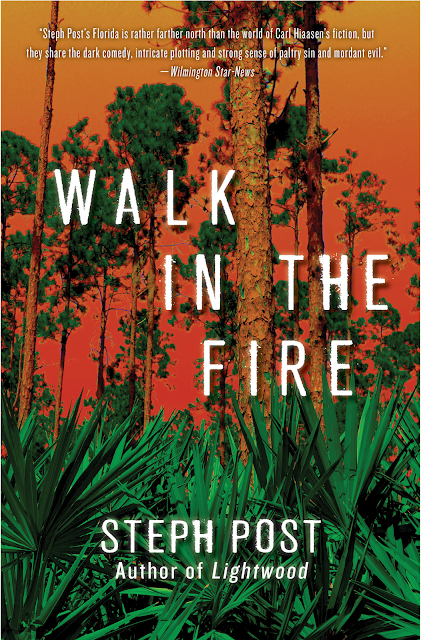