Ever heard of a "foodoir"? I hadn't either until I encountered Tabitha Blankenbiller's fun and fantastic Eats of Eden, a collection of essays using food as a gateway to explore everything from feminism to fashion to the literary establishment. Raise a glass and enjoy the interview! 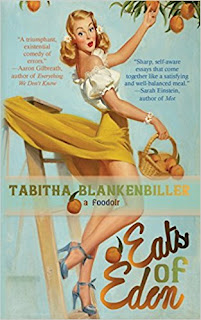 “Lush, rich and delicious, these essays are as tasty as the recipes she delivers: Blankenbiller dishes not only fun but depth and honesty. She shows us that literature is not meant to fly above taste but delve into it. What a satisfying read.” —Rene Denfeld

Oh god, all of them. I guess I don’t feel as if I legitimately am one, so all the others I see I think, oof, if only I could be a real writer, too. I wish I had a tenth of the fierce work ethic and critical prowess of Laura Bogart. Brandon Taylor’s aching eye for detail—he sees words and the world with an elegance way outside of my stratosphere. Kendra Fortmeyer’s imagination and shape-shifting—she can inhabit another mind like no one else. Jill Talbot’s poetry and forms, constantly pushing against what we think an essay is supposed to be. What writing is supposed to be. Rene Denfeld’s radical compassion and ability to completely remake a heart in the span of one novel. Sharon Harrigan’s masterful editing eye and her architectural precision she brings to her work. Elizabeth Ellen’s way of writing about relationships, and how I will be raving about her essay “A Review of By the Sea, Or, How to Be An Artist and Female, i.e. How to Be Unlikable, Or, How to (Not) Pander” until the day I die. Samantha Irby is just the queen.


If you weren’t writing, what would you be doing with all of your free time?

Restoring my childhood dollhouse, making gaudy fascinators and brooches for suckers on Etsy, photoshopping my cats into memes, cosplay.

I think I picked the right creative outlet.

So many! And not just books that get shoved in the drawer, either. I’ve pitched essays that sounded so good in my marketing-speak sentences, then could not come together no matter what angle I came at them from. I believe you shouldn’t give up too quickly on an idea—sometimes you need to have a few false starts and get that “throat-clearing” out of the way before an essay comes together. Other times you didn’t have a full essay, you had a thought. Or a scene. Or a funny memory. Or you got out the full of it in the pitch letter. I hate that! One time in particular I got a yes from a big venue I so desperately wanted to net, but the article absolutely did not work, plus I couldn’t get any decent sources to speak with me. It’s frustrating, but not as frustrating as dragging something out that doesn’t want to exist.

Keeping “success” in perspective is an unending struggle. There are days I feel as though the universe is validating my choice to be a writer and my MFA kid dreams are coming true, and the other 95% of the days I feel anywhere from vaguely okay with what I’m doing on down to calling my mom from between bookshelves at Powell’s and crying because I’ve wasted my life on something that’s never going to make me happy (not to be specific or anything).

When I am very seriously questioning whether I have made the right decision to work at this, to really commit to building a writing life with whatever resources of time and energy and finances that I can scrape up, I go back to what I wrote in one of my notebooks during grad school: “I want to be part of the conversation.” At that point, I had never submitted to a single journal. Every possible accomplishment was a new one. I dreamed of being invited to participate in a panel, to sit behind a convention center banquet table with a microphone and a glass of water while a sparsely populated crowd listened to me and my peers talked about bookish things. I thought, if I could have an essay published somewhere, anywhere, I’d be happy forever.

Eight years later those goals have changed (hahahaha happy forever….), but I think this is what success is to me—it’s engaging. It’s building relationships with other writers, and with readers. It’s becoming better at what you do, a constant conversation with yourself.

Jo Ann Beard’s The Boys of My Youth. It was one of the first books I read for my MFA, and completely toppled what I thought a memoir was capable of being. What an essay could be. The longing and the fears and the love and the mess of coming of age as a woman that she braids in a way that comes off the page so effortlessly, but could only be accomplished by an absolute virtuoso. I’m so glad I picked it up when I was still putty, where its influence could be the stars I’ll forever reach toward. 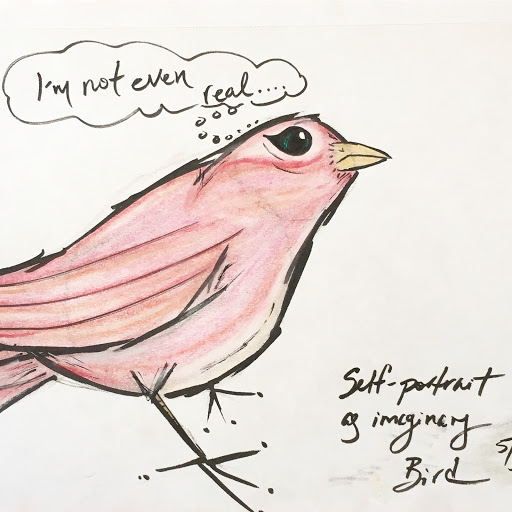