It's been a crazy week and half! Miraculum was released, I flew to NYC (first time!), had three fantastic Miraculum launch events, found myself on Entertainment Weekly's 'Must List' and... yeah, it's been a whirlwind. I also have my first Author Spotlight to feature this week! Here we go! 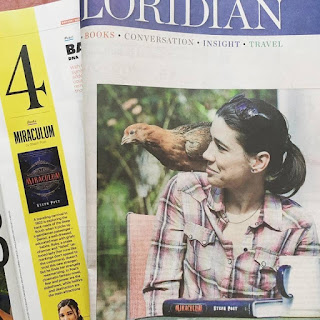 Miraculum in the News:

Matt Coleman graciously interviewed me over at BookRiot.

Kate Malmon wrote a fantastic review of Miraculum over at Crimespree Magazine , as did Ben Steelman in the Wilmington Star News.

The wonderful Colette Bancroft wrote an entire feature on me (and my chickens!) in the Tampa Bay Times.

I sat down with the Writer's Bone podcast for an interview and Miraculm was also featured on More2Read, Bolo Books, Library Journal's Book Pulse and Signal Horizon.

And, as mentioned above, Entertainment Weekly named Miraculm #4 on it's Must List.... 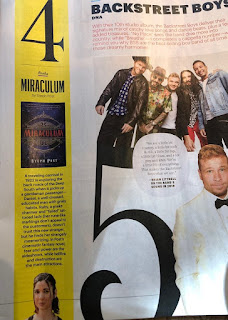 Also, I just wanted to note that Miraculum is now available as an audiobook! 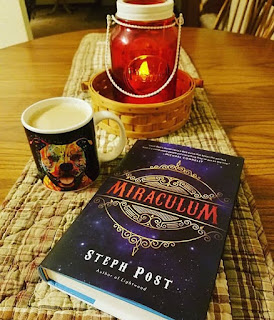 Many thanks to everyone who's been sending in gorgeous #bookpics like the one above from Christine in Ohio. Please send me your pictures of Miraculum to be featured on my Instagram. Everyone who sends in a Book Pic will also be entered to win one of my Miraculum paintings. Readers who send in fan art for Miraculum, of any kind, will be entered to win a custom Miraculum painting! Contest winners will be drawn randomly and the contest ends on 3/31. 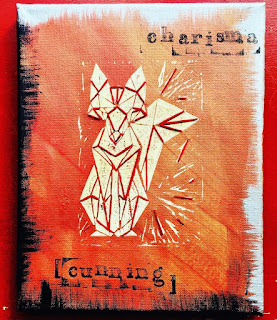 (my most recent painting)

This week's author spotlight is shining on Arin Greenwood, author of Your Robot Dog Will Die, a YA Sci-fi that's also captivating for adults (I read the book in two days- it also has one of the best opening scenes I've read in a long time...) I recently read with Arin and Jeff Hess at Inkwood Books, but before that had a chance to shoot Arin a single question. Here's her response: 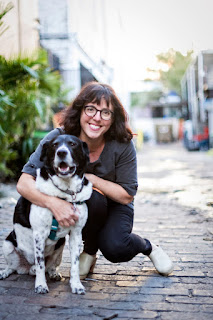 Author Spotlight Question:
What scene in Your Robot Dog Will Die was the most difficult for you to write?

Answer:
I'm going to cheat a little bit here, if you'll let me. I'd say there are actually three things that I found really difficult to write, with Robot Dog.

The first thing is the answer to the question you actually asked: which scene was hardest to write. There are a few scenes that I would say were among the hardest. The first is the very first scene. It's when our main character, Nano Miller, is saying goodbye to her beloved robot dog. I wanted people to fall in love with the robot dogs in this book, and to feel right from the start that people's relationships with these machines really mattered. The robot dog in that opening scene is named Derrick, and I describe him as being small and orange and white. Anyone who knows me knows that this Derrick sounds a lot like a cat my husband and I loved, who died very suddenly about four years ago. So all the grief and loss I felt over our Derrick's death, went into that scene where Nano was losing her Derrick. It's the scene I usually read at book events, and anyone who's been to a Robot Dog reading has had the pleasure of seeing me tear up at my own book - which is a little embarrassing, honestly, but is also genuine.

So, that was hard, writing that scene. There are some other scenes that were not quite as hard, but close - I don't want to give away more details in case anyone who hasn't yet read Robot Dog would like to. Also I feel like I am going to make people think this book is all tears, all the way through, but honestly there are funny parts, too. (Back me up here, Steph, will you, please?)
{There are funny parts- it's not a sappy 'dog book' like you might think... -S}

The second two apply pretty much to everything I write. I hate when my characters are in pain, physical or emotional. I want to protect them and take care of them - but (alas) plot doesn't work like that. I end up tying myself in knots over having to make my characters leave a comfortable, pleasant, joyful situation and go out into the scary and fraught world. To face their challenges. That applies double, triple, to the characters in Robot Dog, because they start off on Dog Island - this sanctuary for the world's last dogs, which in the beginning they (and I) see as a sort of paradise. I wanted Dog Island to be as perfect a place as my main characters believed it to be, and for them to just be able to stay there - happy, newly in love, enjoying their beautiful lives in this beautiful place. Unfortunately that would have been a really boring book and also wouldn't have given me the opportunity to explore the ideas I wanted to think through with this book. Now that I'm writing this out I can't help but think a therapist would probably have a fair amount to say here...

I'd love to talk to more writers who love putting their characters through the wringer. Note to Steph: How do you feel about that? Your characters are really tested! Do you enjoy testing them, or do you wish you could send them to the movies and dinner and then home to walk their dog and go to bed nice and early?
{I totally have no mercy for my characters...-S}

So, anyway, that's the second thing. The third thing I hear is pretty typical among writers. It's that whenever I am not writing, I just wish I could be writing. But then when it's time to sit at the computer and work on my book I discover that my bathroom is very dirty and it's also definitely time to figure out how to make the perfect almond flour pancakes, and the dog and I really need another walk. I've been told that procrastination is just a part of the writing process but let me tell you, it's a very time-consuming part of it. So that's difficult, too, if I am being perfectly, 100% honest here. I'd be so prolific if it weren't for needing to clean the bathroom, again. Speaking of, my dog is giving me that *look* so I'd better go take him out. Also if you know any good almond flour pancake recipes, please get in touch. The last batch I made was just too gloppy, and I'd like to get this right.
{Anyone? Pancake recipe?} 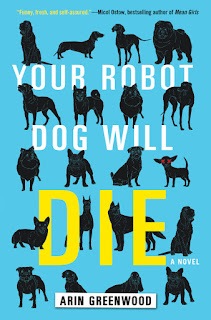 
See you next week!