And, we're back! Instead of Book Bites- which focused on a single book- I'm starting a new interview series that focuses more on the authors themselves. Same short and sweet format, but new questions, new insight, new authors, new ways to boost and support the literary community!
And what better way to kick off the Author Spotlight series than by highlighting Gabriel Valjan, who works his ass off supporting other authors. If you know Gabriel (and if not, here's your chance!), you know he constantly- and genuinely- goes out of his way to shout other authors' books, events and successes. He's a true member of the literary community (and an icon in the crime fiction community) and I'm thrilled to have his Spotlight up today. Cheers! 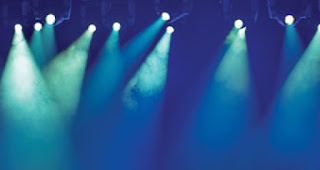 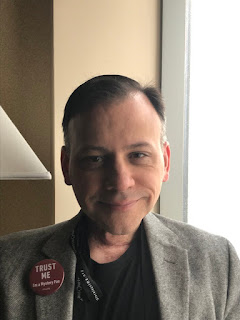 If you had to choose only one of your novels to best represent yourself as an author, which one would it be? Why?

I have an unpublished novel entitled Harlot’s Curse. The story is set in the Gilded Age, about the rise, fall and recovery of a family within society in the context of a violent rivalry and turbulent times. I created a character named Virgil, who does what is expected of him, although he struggles to be his own person. He feels freighted by obligations and beholden to those who gave him opportunities, but unfortunately people take advantage of his good nature. I can relate to that.

Who or what is your spirit animal?
The bear. I’m accustomed to solitude and do quite well with it. I was an only child, so I’m quite good at keeping myself busy. I confronted loneliness at a young age and I’m not comfortable around people for extended periods of time. I’m also a driven person. However, like the bear, I had to learn when to rest and when to return to the world, and when to stand up for myself for what I needed for myself.

Is there any significance or symbolism behind the names of your characters? How do you choose them?
I chose the name Virgil in the aforementioned Harlot’s Curse because he becomes his own guide through the darkness (think of Dante’s Divine Comedy). In The Naming Game, I named a character Walker because he is always walking into the unknown (he’s a CIA agent and a writer). In both The Good Man and The Naming Game, I have a character called Leslie. The series starts in 1948 and proceeds from there, so I enjoyed having a character with an androgynous name. In The Naming Game again, readers meet an older movie star, a victim of ageism, and her name is Vera because she always speaks a truth. The name Vera is derived from the Latin word 'veraxus' for truthful.

This is tough question. One volume of all of Shakespeare’s work. I do think he’s the greatest writer in the English language and, arguably, in world literature. Tough. Tough question.

If you have pets, what do they think about the time you spend writing and not lavishing them with attention?
I have two cats, Squeak and Squawk, one Bengal and one tuxedo cat. Squawk is like that alarm bird at the end of the Flintstones. He sounds off quitting time. Squeak is quiet, a sweetheart, so named because he can’t meow; he emits this pitiful squeak, unless he’s really hungry and then it’s not so pitiful. Of the two cats, he is almost always at my side when I’m writing. He can imitate a sleeping Buddha but he’s hyper aware of what I’m thinking and feeling. 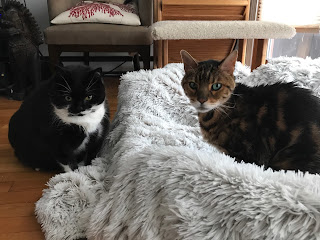