Today's Author Spotlight is shining on Hilary Davidson! The Anthony Award winner just recently published One Small Sacrifice, though she's all over the place, too: a series, a story collection, a stand-alone thriller.... I was lucky enough to read with Hilary at last year's epic Bouchercon Noir at the Bar, and I'm honored to have her stop by. Cheers! 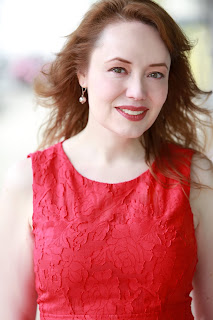 
If you had to choose only one of your novels to best represent yourself as an author, which one would it be? Why?

It would be my new novel, One Small Sacrifice, because it encapsulates everything I’ve learned about writing up to this point. I couldn’t have written this book with its shifting character perspectives and complex narrative when I started out. It’s only after writing four other novels and dozens of short stories that I was able to tackle it. It’s also a deeply personal book because it explores PTSD, which I’ve experienced myself. (To make a long story short, a man tried to kill everyone in my office in an arson at my first job out of college; I felt the aftershocks from that for a long time afterwards.)

Fame and fortune would be tied for worst reason. I’ve been approached by people who claimed they had an idea for a bestselling book, but no time to write it; they invariably offer to split their imaginary zillions if I write the book for them. I try to explain, as gently as I can, that most ideas that seem brilliant in one’s own head die a terrible death on paper, but no one ever wants to hear that. I think the best reason to write is that you feel compelled to do it, and that you know something important would be missing from your life if you didn’t pursue it. Given how tough it can be to get work published, writing often needs to be its own reward.

Do you have a secret for handling bad book reviews? And, yes, what is it?

There’s this wonderful line of Dita Von Teese’s that I like to quote: “You can be the ripest, juiciest peach in the world, and there's still going to be somebody who hates peaches.” Those are words to live by, especially when contemplating bad book reviews.

I would love to have One Small Sacrifice adapted as a television show, because it is the start of a series, even though structurally it works as a standalone. (The truth is that I wrote it as a standalone and my editor suggested that it be a series.) It’s not a spoiler to say that the NYPD detectives at the center of the story — Sterling and Mendoza — will be recurring characters. I’ve already written the second book in the series — it’s called Don’t Look Down, and it will be out in February 2020 from Thomas & Mercer. In particular, the role of Detective Sheryn Sterling would be a star turn for an African-American actress in her late thirties or early forties. Just saying…

What do you prefer to read when you’re in the middle of writing a novel?


I used to avoid reading fiction while I was writing a book, because I was afraid the voice would interfere with my own. Instead, I’d concentrate on reading nonfiction, often biographies or histories. But while I was writing the third book in my Lily Moore series, Evil in All Its Disguises, I started feeling comfortable enough to read other fiction, though I tend to stick with novels set in other time periods or other parts of the world. My most recent reads in this vein were Adrian McKinty’s The Cold Cold Ground, and Oyinkan Braithwaite’s My Sister, the Serial Killer.