Today's Author Spotlight is for Melissa Duclos, author of the recently released Besotted, a gorgeous, complicated love story (the best kind, right?) between two women living and teaching in Shanghai and fully embracing their expat identity. Duclos is also a highly visible supporter of small press and indie books and authors with her newsletter Magnify, so she scores major brownie points on top of her own work.... ;) 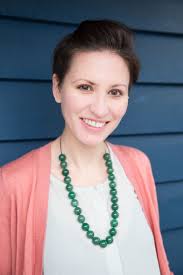 This depends on what you mean by the word “complete.” I finished Besotted the first time after two years of work. The book was called Ex-Pat then. I considered it done enough to submit to agents, but (thankfully) didn’t find anyone who wanted to represent it. I took a break from the book during my first year of grad school. After that I worked on it for another five years. The work was frequently interrupted during that time—I got married, moved across the country, and had two kids—but the book was an omnipresent part of my life. The second time I finished, the novel was called Recklessly, Sincerely, Besottedly, Shanghai. I sent it out to more agents, gave it to my book club to read and discuss, collected more rejections. As that agent feedback came in, I made one more attempt at revision and re-submission, finally settling on the current title, before I accepted it wouldn’t be published. That was in 2015. In 2017, I submitted it to two small presses: 7.13 Books and Red Hen Press. I didn’t have any more confidence in the book than when I’d put it down two years prior, but I had a very encouraging friend pushing me to give small presses a try. (I’ll never again underestimate the value of good cheerleaders to my writing life.) After Leland Cheuk, the publisher of 7.13 Books, accepted Besotted, I spent another eight months revising.

So, how long did it take? Besotted was published in 2019, 15 years after I left Shanghai and started the first draft. Subtracting out the periods of time when I’d either temporarily set the book aside or permanently (so I thought) left it for dead, it was about nine years of work.


Who has been the most difficult character for you to write? The easiest?

Sasha, the narrator of Besotted, was hard for me to write because I was an inexperienced novelist who wasn’t asking the right questions of my characters or myself. And so it took me a long time to empathize with her. In its early iterations, Besotted was Liz’s story and Sasha was her villain—an emotionally manipulative girlfriend Liz must find the courage to escape. Sasha is still those things in the final version of the story, but the novel isn’t concerned with how or why Liz leaves. Instead the book looks through Sasha’s eyes at what it’s like to be left.

Is it cheating if I say the easiest character for me to write was Shanghai? I worked hard to incorporate enough detail to bring the city fully alive—fully enough that I feel comfortable referring to my setting as a character—but that work was easy because I always understood who the city was in the context of my novel, and what it wanted. I always knew what Shanghai was doing in my book; I didn’t always know what my characters were doing in Shanghai.

I’m most comfortable promoting my own book if I can somehow support other writers in the process. My most creative approach to this so far has been a multi-step process that I’m working on. First, I lugged all the books my ex-husband left when he moved out—about ten boxes of them—down to Powell’s. I sold them for $180 in store credit, which I used to buy copies of newly released small press books. I ended up with eleven titles, which I’ll be offering as free bonus books to people who want to order a signed copy of Besotted directly from me. I don’t know, ultimately, if this will be an effective way to promote Besotted, but I think it’s creative.


What animal do you most identify with?

The prairie dog! They’re extremely social and live in close-knit groups, with their own complex way of communicating with each other. Whenever I’m working on my monthly newsletter Magnify or helping spread the word about new books and readings, I picture myself as a prairie dog running around trying to get all the other prairie dogs to read more books.


Have you ever been embarrassed to tell someone that you’re a writer/author?

I have, not because I’ve ever felt that a writer is an embarrassing thing to be, but more because at times I’ve felt I didn’t have the right to call myself one. Impostor syndrome manifesting as embarrassment. It’s easy to fall into the trap of thinking there are certain benchmarks you have to achieve before you can call yourself a writer: a certain number of published pieces, or a book deal, or the ability to pay your bills by writing. I’ve realized, though, that those benchmarks just keep moving. I’m a writer regardless of which ones I’ve hit.