I'm excited to shine the spotlight on author Tara Laskowski today because a) she has a thrilling debut novel hitting shelves in two weeks and b) well, read on about her spirit animal.... Seriously, though, One Night Gone has been garnering some major attention and I've had it on my radar since I put together my Fall Book Preview List a few months ago. Start your pre-orders! 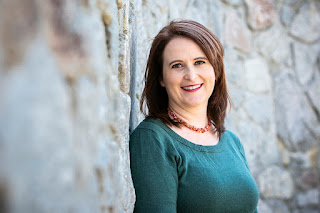 If you had to choose only one of your novels to best represent yourself as an author, which one would it be? Why?


Well, given that I only have one novel, this question is fairly easy. But I do think that One Night Gone is a pretty good representation of all the things that I’m interested in as a writer. It’s got a little bit of spooky, but not too much. It’s got pissed-off women trying to right the wrongs that have been handed to them. It’s got the nostalgia of the 1980s, roller derby, the beach, mermaids, a shady carnival, and creepy paintings. If only I’d been able to throw a unicorn in there, we’d be golden. (#NextBookGoals)

I think I doubt myself as a writer nearly every day (shout-out to High-Functioning Anxiety! Whoo-hoo!) I mostly just write through it, though, because it’s such a part of me at this point. But when it gets really crippling, I usually just either write out all the stupid things going through my head (This will never work. I’m the worst writer in the world. A total fraud. Everyone hates me.), or tell a close friend what I’m thinking, and the process of doing that usually makes me laugh at myself, which makes it slightly better.

Who or what is your spirit animal?

Well, my Patronus is a dolphin. Which I know is not the same thing, or your question, but I wanted to throw it out there anyway. My spirit animal these days, however, is the Kraken. We keep to ourselves, hide away in the depths, but do. not. fuck with us.

What’s your favorite thing to do to procrastinate from writing?

About ten years ago-ish, I accidentally deleted my entire music library from my computer when I was trying to back it up. So, I had to reload my library onto my computer from my iPod, which totally messed up all the files, duplicating everything and creating these phantom song files that won’t play. When I’m really feeling like avoiding writing, I open up my iTunes and start methodically deleting the phantom song files to clean up my library. I think I’m on letter “S.” Hey, you asked.

Hands-down, I’d bring the Harry Potter series. And if you’re mean and won’t let me take all of them, I’d bring The Prisoner of Azkaban, because I could read that book 700 times and never tire of the wonder of it.
Posted by Steph Post at 12:28 PM No comments: