"Steph Post is a big, bold and welcome fresh voice in this world. Her authentic tales of those living in a whirlwind of chaos and violence is a game-changer." ―Ace Atkins, New York Times bestselling author of The Shameless 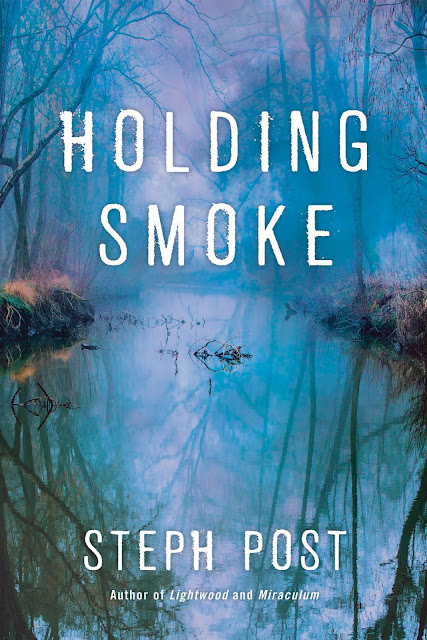 Judah Cannon. Sister Tulah. It all comes down to this.

Before the final showdown with Tulah Atwell, the Pentecostal preacher responsible for his father’s death and his own return to a life of crime, however, Judah still has a few more fires to walk through. The dust may have settled after the shootout that left a string of bodies―including that of ATF agent Clive Grant and drug runner Everett Weaver―in its wake, but that doesn’t mean a quiet life is on the horizon for Judah, his girlfriend Ramey, and his two brothers, Benji and Levi.

A power struggle within the Cannon family soon erupts, placing Judah in debt to Sukey Lewis, a crime matriarch from across the creek, just as an irresistible scheme to steal a thoroughbred stud stallion falls into the Cannons’ lap. Trying to solve all their problems with a single heist, Judah agrees to trust Dinah, an enigmatic drifter, even as Ramey’s faith in him begins to waver.

While Sister Tulah returns to her old tricks, running a swampland scheme and intimidating everyone in her path, and Brother Felton returns to Florida a changed man with a mystic mission, Judah finds the foundation of his family crumbling and only hard choices in sight. Will Judah and Ramey survive Sister Tulah―and the darkness within their own hearts―or are such dreams impossible in Bradford County, nothing more than holding smoke?

"A pedal-to-the-metal tale of Southern gothic noir...Post keeps the reader guessing who, if anyone, will come out of this wild ride alive." ―Colette Bancroft, Tampa Bay Times

"Post... takes the raw material of the Rough South theme and handles it as adroitly as any of the he-man writers in the genre." -Ben Steelman, Star News