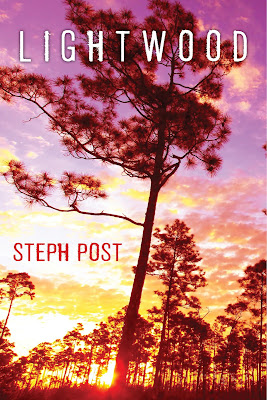 
Judah Cannon is the middle son of the notorious Cannon clan led by Sherwood, its unflinching and uncompromising patriarch. When Judah returns to his rural hometown of Silas, Florida after a stint in prison, he is determined to move forward and live it clean with his childhood best friend and newly discovered love, Ramey Barrow. Everything soon spirals out of control, though, when a phone call from Sherwood ensnares Judah and Ramey in a complicated web of thievery, brutality and betrayal.

Pressured by the unrelenting bonds of blood ties, Judah takes part in robbing the Scorpions, a group of small-time, meth-cooking bikers who are flying down the highway with the score of their lives. Unbeknownst to the Cannons, however, half of the stolen cash in the Harley saddlebags belongs to Sister Tulah, a megalomaniacal Pentecostal preacher who encourages her followers to drink poison and relinquish their bank accounts. When Sister Tulah learns of the robbery, she swears to make both the Cannons and the Scorpions pay, thus bringing all parties into mortal conflict rife with deception and unpredictable power shifts.
When Judah’s younger brother Benji becomes the unwitting victim in the melee, Judah takes it upon himself to exact revenge, no matter the damage inflicted upon himself and those around him. Judah becomes a driven man, blinded by his need for vengeance and questioning everything he thought he believed in. With Ramey at his side, Judah is forced to take on both the Scorpions and Sister Tulah as he struggles to do the right thing in a world full of wrongs.
---

"(A) gritty, propulsive crime novel... Lightwood keeps up a headlong pace as the Cannons, the Scorpions, Sister Tulah and other forces clash brutally all around Judah and Ramey. You might not want to visit Silas in real life, but it makes a fine setting for this twisted and compelling tale." ―Tampa Bay Times

"Post paints a large, vivid cast...Post's Florida is rather farther north than the world of Carl Hiaasen's fiction, but they share the dark comedy, intricate plotting and strong sense of paltry sin and mordant evil. Readers who like Hiaasen should find Lightwood well to their taste."
―Wilmington Star-News
"In Lightwood, Steph Post shows a flair for delving into the dark side of small towns and the even darker drive of families. While most of the realistic characters in Lightwood are not likable, Post makes us care deeply about what will happen to each, much as authors Daniel Woodrell and Elmore Leonard have done in their works."
-Sun Sentinel

"Steph Post is the fiery new voice of Florida grit. This is not your grandmother's Florida of white beaches and seaside resorts. Lightwood reveals the haunted heart of the state, where leather-clad bikers blast through scrub pines and the Holy Ghost descends like a storm, and the spirit of the land is the slightest spark from being set alight."
-Taylor Brown, bestselling author of The River of Kings

"A good choice for fans of grit lit that emphasizes blood ties and redneck justice; this will also attract readers who prefer their suspense very dark and filled with violence."
-Library Journal

"Steph Post’s prose is lyrical and evocative. Her depiction of hardscrabble life in rural Florida is so effective, you’ll wanna lock the doors and crank up the AC. But where Lightwood truly excels is in illuminating the ties that bind―and stretching them well beyond their breaking point."
―Chris Holm, award-winning author of The Killing Kind

"Grabs the attention and offers up some memorable lines. (Post) proves that even a former prison inmate can rise up to be a strange, yet believable hero."
―Suspense Magazine

"With spot-on characterizations and dialogue, Post explores the strength of family, religion, and vengeance in an absorbing literary mystery."
―Booklist

"In the best possible way, Steph Post’s Lightwood is reminiscent of Wiley Cash’s A Land More Kind than Home and Brian Panowich’s Bull Mountain. However, Post’s novel is unmistakably feminist, in the sense that its strongest and most memorable characters are women. The result is a kind of country-noir crime novel that is both satisfying and original."
-Kevin Catalano, author of Where the Sun Shines Out

"There has been a lot of buzz around Lightwood and Steph Post, and it is well deserved. She weaves a strong story about families and what people will do for theirs. Pay attention to Post. She’s going places."
-Crimespree Magazine

"Not only a badass modern love story, Lightwood is engaging and unpredictable...the best of the southern crime and southern gothic, and rises above the genre.”
―Atticus Review